Star of Your Own Reality Show 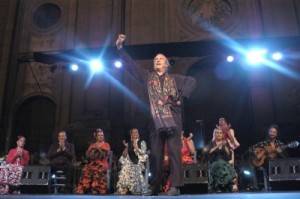 You carry “YOU” around wherever you go, whatever you encounter and with whomever you meet. Every human is an individual and from their own personal point-of-view, it’s all about them. Like the star of a reality show, you define your character with your acting ability. You are cast in the lead role. The story line is all about you. Your decisions determine how your character will evolve and ultimately the success of the series.

At the turn of the 17th century, William Shakespeare wrote the play “As You LIke It” in which he wrote the often quoted passage, “All the world’s a stage, and all the men and women merely players. They have their exits and their entrances; and one man in his time plays many parts…”

Let’s apply this principle to a simple lunch outing with one of your friends. You, as the principal actor in your play called “My Great Life”, agree to meet your friend, cast as a supporting actor, at a local restaurant which serves as the scene. The dining area is adorned with tables and chairs as props and extras as other patrons. You and your friend engage in a scripted dialogue and ad lib with the wait staff during a busy lunch. Every actor in the scene; your friend, the waiter, the cook, and the other patrons all feel that they are principal actors in their own respective personal plays. The chef is the lead actor in the play called “Prepare Someone Else’s Food” and the hostess is working to perfect her character in the play “Working at this Crummy Job until I Graduate from Med School”. Your role is as significant to you as everyone else’s roles are to them. The world seems to revolve around you, and around them too. It’s easy to become so wrapped up in your own character you forget to think that everyone is equally wrapped up in their own character defined by their own personal play.

Imagine this scene unfolding at the table next to you. 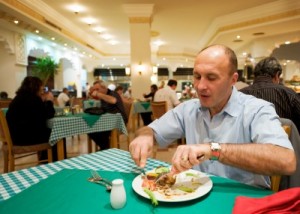 Scene: A table at a trendy restaurant in the midst of the lunch rush. John, a customer is questioning Megan the server about the food he ordered. His voice is loud and aggressive. Other customers turn to look as John becomes more agitated.

JOHN: This isn’t what I ordered. This steak is clearly well done.

MEGAN: I’m sorry sir. Would you like me to take it back and bring you another steak?

JOHN: I don’t have time to wait for another lousy steak. Don’t you know the difference between medium well and well done? What kind of idiot are you, anyway?

MEGAN: I’m sorry sir. Can we comp your meal?

JOHN: No!! I want to see a manager. If you can’t run a restaurant any better than this, I’m taking my business somewhere else. I’ve been coming to this dump for years and this is the last time you can treat me like this. You’re gonna get fired over this screw up, missy. Do you know who I am?

FINALE: John makes a loud scene and finally gets escorted out of the restaurant by the manager. Megan is in tears and everyone within earshot is upset. John, seething with rage, storms out through the door and accidentally slams into a pedestrian, knocking them to the ground. Someone calls 911. John gets escorted away by the police.

Here’s how the scene could have been performed to achieve a better outcome.

Scene: A table at a trendy restaurant in the midst of the lunch rush. John, a customer is questioning Megan the server, about the food he ordered.

JOHN: This isn’t what I ordered. This steak is clearly well done.

MEGAN: I’m sorry sir. Would you like me to take it back and bring you another steak?

JOHN: No, that’s OK. I don’t have time to wait. But thanks for the offer. I just wanted to let you know.

MEGAN: I’m sorry sir. Can we comp your meal?

MEGAN: Well, here’s a gift certificate toward your next lunch. Thank you for being so understanding.

FINALE: John finishes eating and goes back to the office…happy.

At the instant before opening his mouth, John made a decision to define his character. Every instant of every day, you also choose the role you portray. Your behavior transmits information about your character to everyone around you; the way you walk, sit and stand, the eye contact you maintain, your body position, the tilt of your head, the hand gestures you use, your facial expressions, your choice of words, and the tone of your voice. Likewise, you can be sensitive to the behavior of others. You can easily tell if someone is happy or sad, friendly or standoffish, serious or lighthearted, interested or apathetic. You might feel a connection with them . . . or not, depending on the role you both are playing at the moment. If your roles are complementary, a sense of harmony can be achieved as you resonate with each other. On the other hand, if your roles are misaligned, the performances will create conflict.

As a performer, you’ve spent your entire life learning how to act. Trouble is . . . you can rehearse a single role for so long that you become typecast. Your learned behavior becomes the only role you know. Are you satisfied with the quality and diversity of your character? If you aren’t . . . it’s not too late. But, you have to be willing to let go of your old character. Letting go is much harder than holding on since you have spent your entire life developing your current character. Even though change is uncomfortable and awkward, creating a new set of emotional and intellectual responses is essential. Like learning a new physical activity, you must be willing to be a little clumsy as you rehearse and perfect new roles. 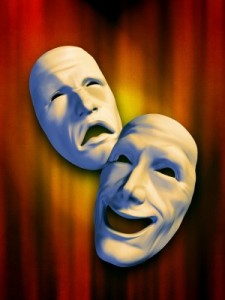 You direct the reality show by making decisions. Not only do you choose the specific scenes you perform in, you decide how your character interprets your role. Day by day, scene by scene, you can choose a character that is outgoing, friendly, and helpful or a character who will act introverted, insecure, and hostile.

If you don’t like the reality show that you’re in, change it. If you aren’t satisfied with your character, improve it. You set the stage and you to define your character. The payoff could be a blockbuster hit and an Emmy nomination.

This entry was posted in Aspects of Who We Are and tagged Human Behavior. Bookmark the permalink.